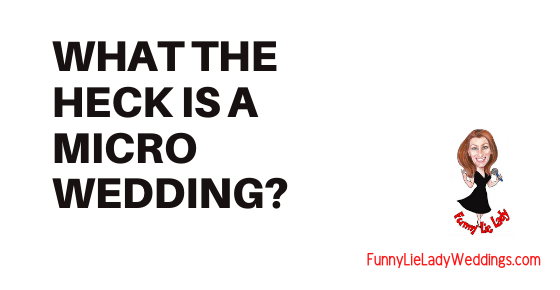 I’ll cut to the chase and break it down for you. They’re all pretty similar. It basically means a legal wedding ceremony that is a scaled down version – in number of guests, and in elements to the actual ceremony.

Typically, a MICRO WEDDING is less than 50 guests

A micro wedding doesn’t include more traditional elements to a wedding ceremony such as unity candle, a reading, a song, a sand, or rose ceremony. They certainly may include any or all of those elements, but a micro wedding (also known as a MINI WEDDING) is generally a 10-15 minute ceremony consisting of vows, a ring exchange, and a kiss.

A MINIMONY is often a quickie, legal wedding

A minimony is a formality because the couple wants to get married, but thanks to COVID-19 restrictions, or need for an expedited wedding such as medical, military, or other legal matters. an expedited, no-frills ceremony takes place.

A SEQUEL WEDDING is a second ceremony

A sequel wedding is a ceremony that takes place after a MINIMONY. It’s similar to a vow renewal, but often within only a year or two after the quickie wedding took place. It gives the happy couple an opportunity have the wedding they dreamed of but couldn’t take place the first time around.

Lastly, an ELOPEMENT is generally four people or fewer, often just the couple and a witness or two, one which may be the photographer.

I hope this has been enlightening. Now you can be a cool cat and in the know when others talk about such nuptials.

About the Author: Laurie Ayers, Funny Lie Lady, is a lie detector and stand-up comedian who performs weddings in Michigan – specializing in Elopements, Micro Weddings, and Vow Renewals